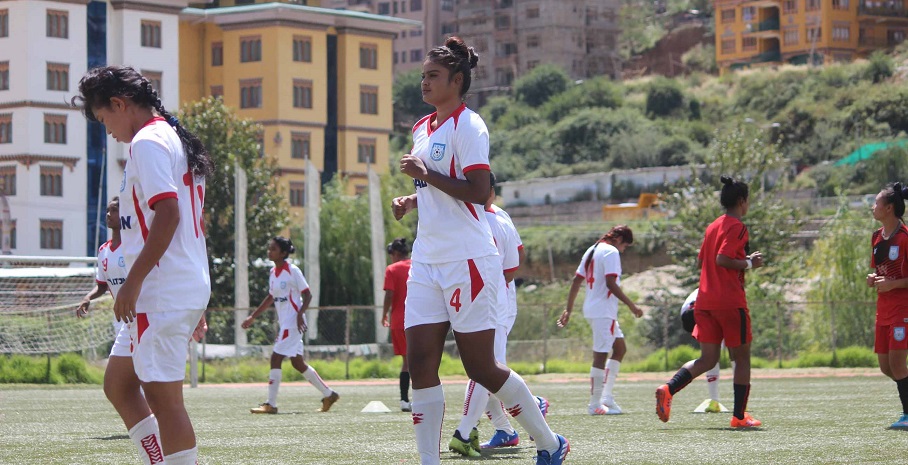 U18 girls ready for first match against Pakistan

Sep 29, 2018
Facebook Twitter Instagram Mail
Dhaka, September 29: Bangladesh U-18 women’s national team is ready to take to the field against Pakistan in their first match of the maiden edition of SAFF U-18 Women’s Championship 2018. The match between Bangladesh and Pakistan will kick-off at the Changlimithang Stadium in Thimphu, Bhutan at 7:00 pm on Sunday, September 30. All the players of the team are fit and prepared to give it their best in the SAFF Championship. Even though Bangladesh are yet to play their first match, their Group B rivals have already faced each other with Nepal emerging as 12-0 winners. Meanwhile, India beat hosts Bhutan 4-0 in the Group A opener whereas Maldives will face Bhutan in the second match. Bangladesh team had a staff review meeting of both the opening matches on Friday night. On Saturday, the players had a walk after breakfast before hitting the gym and conditioning. The players also had a light development program on Saturday. The team members will take part in a team meeting including video analysis and presentation before their final practice session ahead of the Pakistan game on Sunday. Skipper Mossammat Mishrat Jahan Moushumi and co. are confident of putting up a good show in their first match. Head coach Golam Rabbani Choton and national Technical and Strategic Director Paul Thomas Smalley have also expressed their full confidence in the players to pick up a good result in the opening game.
Previous PostBAN 0:1 PHI, Jamie’s men succumb to luck
Next PostBangladesh to begin SAFF Championship with Bhutan faceoff