Kathmundu, August 22: Bangladesh national U15 team emerged as group champions in the SAFF U-15 Championship defeating Bhutan 3-0 on Tuesday.

Star forward Faisal Ahmed Fahim put Bangladesh ahead in the 25th minute with a super solo goal in the last group match at the ANFA Complex in Kathmandu.

The forward showed flashes of brilliance and went past three Bhutanese defenders before hitting the top of the far post net with a precise left footer.

Bangladesh continued to dominate the match after the halfway mark and sealed the fate of the match with a second strike in the 51st minute. Defender Karim put a brilliant cross from the right flank to Miraj Molla who headed the ball home.

Nine minutes before the final whistle, Miraj Molla scored his second goal of the day with a brilliant long range curler.

Meanwhile hosts Nepal and title contenders India secured semifinal slots beating the Maldives 6-0 and 9-0 respectively. Nepal will face India in a decider for group B champions on Wednesday.

Bangladesh will play the first semifinal on Friday. 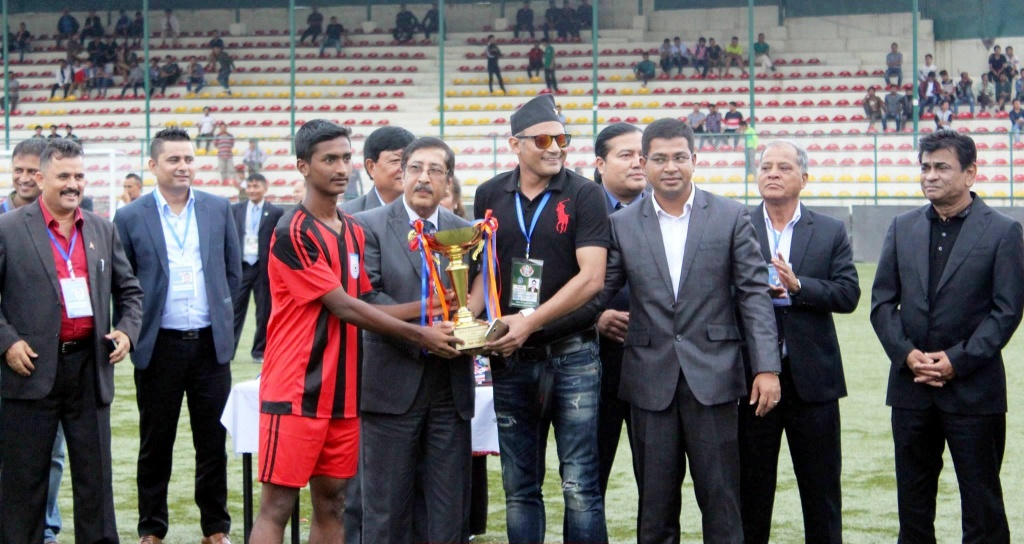