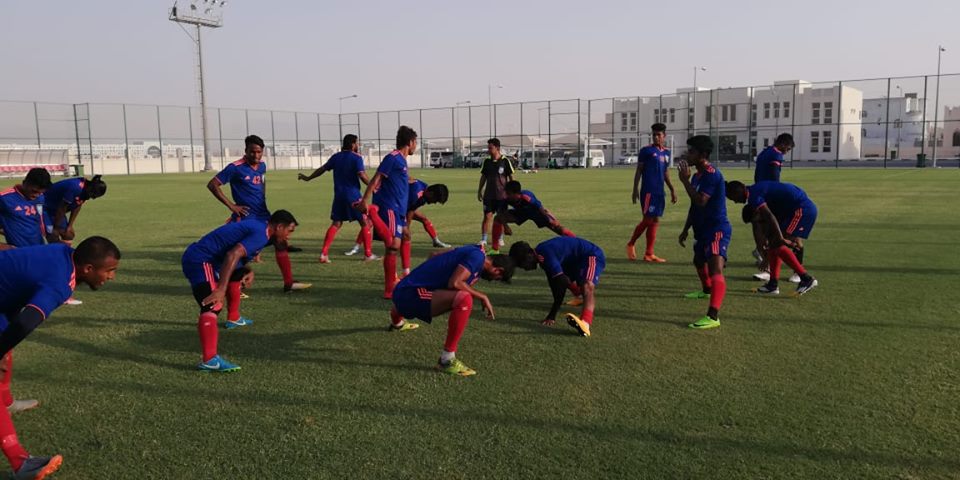 Jul 17, 2018
Facebook Twitter Instagram Mail
Dhaka: Bangladesh National Football Team will lock horns with a 2nd-tier team of Qatar tomorrow (July 18) as a part of the ongoing tour in Qatar. This tour is basically the first assignment of the newly appointed coach Jamie Day. Asked about the expectation from the practice match tomorrow, the national team coach said, “We are expecting them to have hopefully taken on board what we have been working on in training regarding there shape with and without the ball.” The coach is currently focusing on assessing each and every player as he said everyone will play roughly the same amount of game time during the match. “The opponent is indeed a very good side that has some big strong players so will be good for me and my staff to see how they cope against that in what I think will be a physical match,” Jamie remarked adding that he is not worried about the result as he is just looking to see whether the players have taken on board what they have been working on. The coach also emphasized on assessing the fitness level of the boys to see where they are at as a team. “The players have worked extremely hard in tough weather conditions and so far everything I have asked of them they have tried there best so I am happy,” Jamie went on to add. Earlier the team flew to Qatar on a 14- day tour to take preparation for upcoming Asian Games and SAFF Championship preparation. After completing the training camps and several practice matches, the team is expected to return on July 20.
Previous PostBangladesh secure 1-1 draw in Qatar
Next PostBangladesh to begin SAFF Championship with Bhutan faceoff