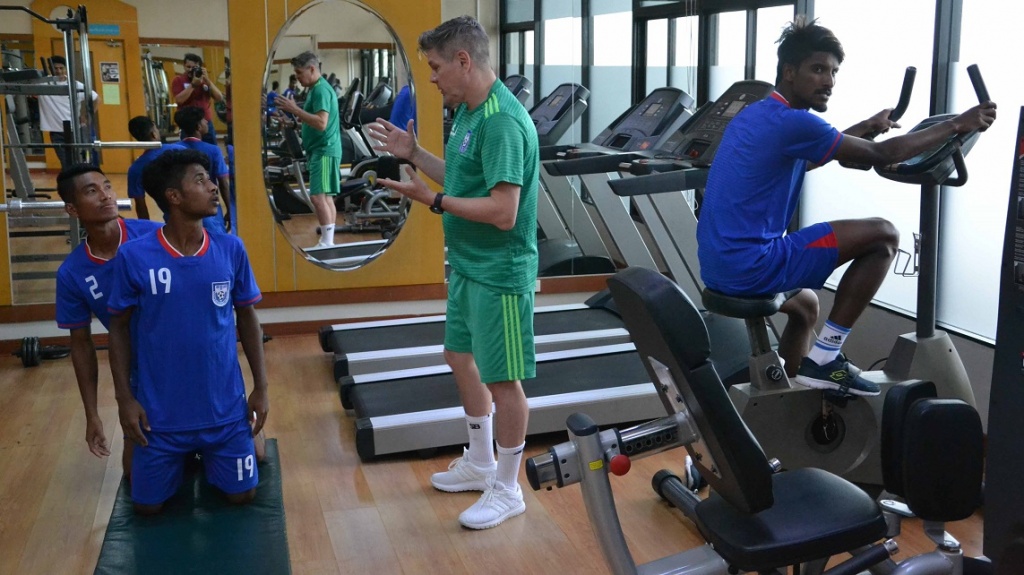 May 27, 2019
Facebook Twitter Instagram Mail
Bangladesh National Football Team captain Jamal Bhuiyan has termed their first friendly match against a Thai club very crucial for their preparation ahead of the pre-qualifying round of FIFA World Cup 2020 while coach Jamie Day expressed his hope that his pupils will play some quality football against the Thai clubs. “I’m confident that we’ll play a good match against Air Force United as our boys have prepared themselves very well. I will give all of my players chances in the match so that I can have a look on their performance and take necessary steps to prepare all of them for their next weak match against Laos,” said Head Coach Jamie Day. Confident Bangladesh captain Jamal Bhuiyan said that the team already had three practice sessions in Thailand. “The practice sessions helped us to understand the condition here. We really needed these sessions as Tomorrow’s match is a very crucial one for us.” He also repeated the coaches’ opinion saying that the match against two Thai clubs will be a good scale to measure the players performance. Bhuiyan also expressed his hope that the Bengal boys will play their first match against Air Force United FC as a compact team. Meanwhile, team manager Satyajit Das Rupu said that the match against Air Force United FC is important as the coach will have to select his best eleven for Laos match based on the players’ performance shown in these two matches in Thailand. The national team will play their first friendly match against Air Force United FC at the club’s home ground in Thailand capital Bangkok. The match will be kicked off at 5 PM (Bangladesh standard time) on Tuesday (tomorrow). Team Bangladesh had reached Bangkok on Friday afternoon and had three practice sessions on Saturday, Sunday and Monday. Like the other two days, Bangladesh team had 1.5 hours practice session on the ground, a recovery session at hotel swimming pool today. Apart from the team practice, the players individually prepared themselves through a physical fitness session at the hotel gym this afternoon. After three days of practice, the boys now feel confident, according to the team manager. Therefore, country’s football lovers can hope that Bangladesh will be able to perform their best in the two friendly matches and finally light up against their opponents Laos in the pre-qualifying round of the World Cup.
Previous PostNational team all set for second friendly against Thai club
Next PostBangladesh to begin SAFF Championship with Bhutan faceoff