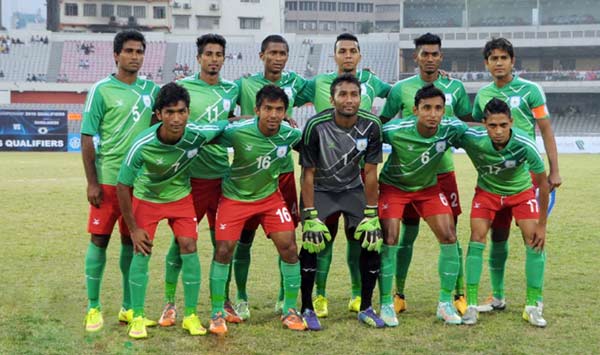 Feb 25, 2019
Facebook Twitter Instagram Mail
Dhaka: Bangladesh National Football Team will play a friendly match against Cambodia National Football Team in Cambodia on March 9. On the other hand, the U23 team will participate in the ‘AFC U23 Championship-2020 Qualifiers’ scheduled to be held in Bahrain from 22 to 26 March. Two separate lists of the primarily selected players have been announced. BFF executive committee member Satyajit Das Rupu has been nominated as the manager of both the national and the U23 teams. A press briefing will be held at Motijheel BFF Bhaban at 1:30 pm on Tuesday. The team manager, head coach and the captain of the national team are expected to be present there. All sports reporters and photojournalists of the electronic and print media are cordially invited to join the press conference.
Previous PostI’ve got full freedom and support from BFF: Jamie Day
Next PostBangladesh to begin SAFF Championship with Bhutan faceoff