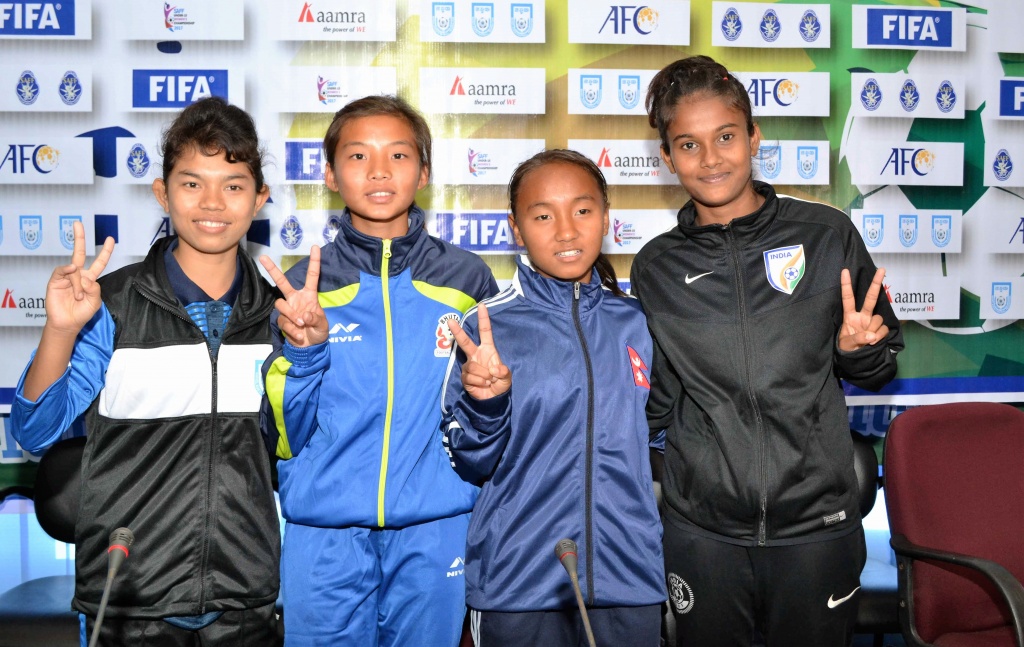 Dhaka, December 16: The four participating teams of the SAFF U15 Women’s Championship 2017 – Bangladesh, Bhutan, India and Nepal – are eagerly waiting for the tournament to kick-off.

This year, the Bangladesh Football Federation is hosting the Championship at the Kamlapur Bir Sreshtha Shahid Sipahi Mohammad Mostofa Kamal Stadium in Dhaka from December 17-24.

Ahead of the tournament, team managers and captains of the four teams appeared at a press conference in the BFF House in Motijheel at 1pm on Saturday, December 16.

Speaking at the event, all teams expressed their confidence to fight for the championship title.

Head coach Maymol Rocky and skipper Bannya Kabiraj talked about team India’s perspective of the tournament and responded to questions from the media.

Last but not the least, Nepal team’s head coach Ganga Gurung and captain Preeti Rai spoke at the event.

Bangladesh will face-off against Nepal in the opening match of the tournament at the BSSSM Mostofa Kamal Stadium, Kamlapur at 2:30pm on Sunday.