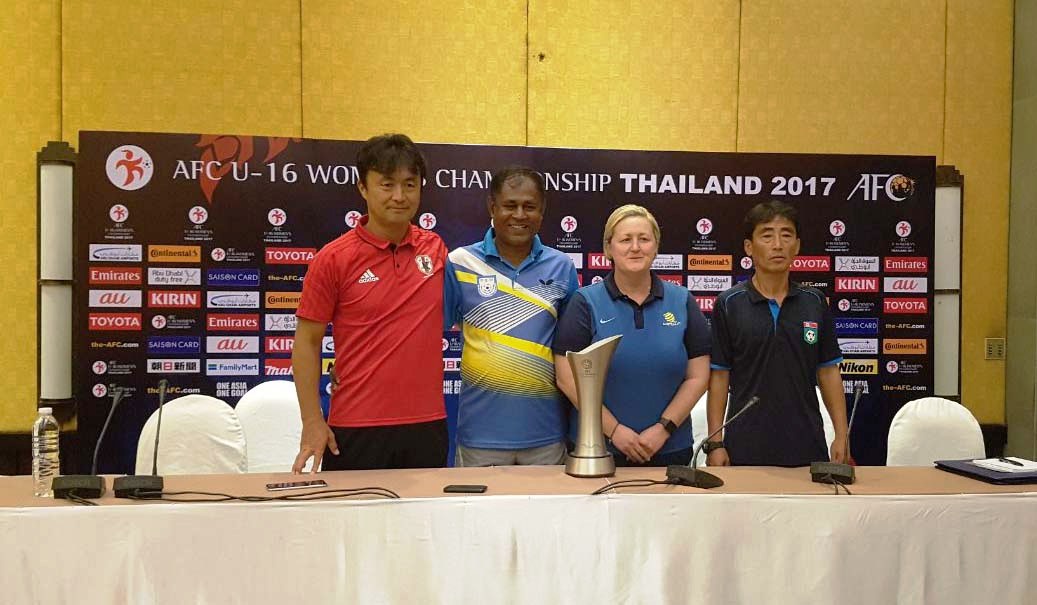 Our target is to go match by match: Choton

Chonburi, September 9: Bangladesh national U16 women’s team coach Golam Rabbani Choton has stated that his team’s plan is to go match by match in the AFC U16 Women’s Championship 2017.

The head coach made the statement while speaking at a press conference of the coaches of the participating teams on Saturday.

The Bangladesh team is now in Chonburi, Thailand to participate in the tournament beginning from September 10 (Sunday).

Bangladesh’s first match is on Monday against North Korea in Chonburi Stadium at 4:00pm Bangladesh time.

Asked about Bangladesh’s target for the tournament, Choton said, “Our aim is to play good Football in every match.”

“Our players will gather good experience which will help develop our women’s football in the future,” he added.

Japan’s head coach said, “All the teams are excellent in this group. But we will fight for the championship in this tournament.”

The head coach of North Korea stated that their target is to reach the top 3 of this tournament and qualify for the upcoming U17 World Cup.

However, Australian head coach sounded a little concerned in his speech.

“Our team had only one month to prepare for this tournament. We are also worried about the temperature of Thailand. It is 32 degree Celsius here but in Australia, it’s only 5 now.”

The tournament kicks-off on Sunday with the opening match between hosts Thailand and Laos.