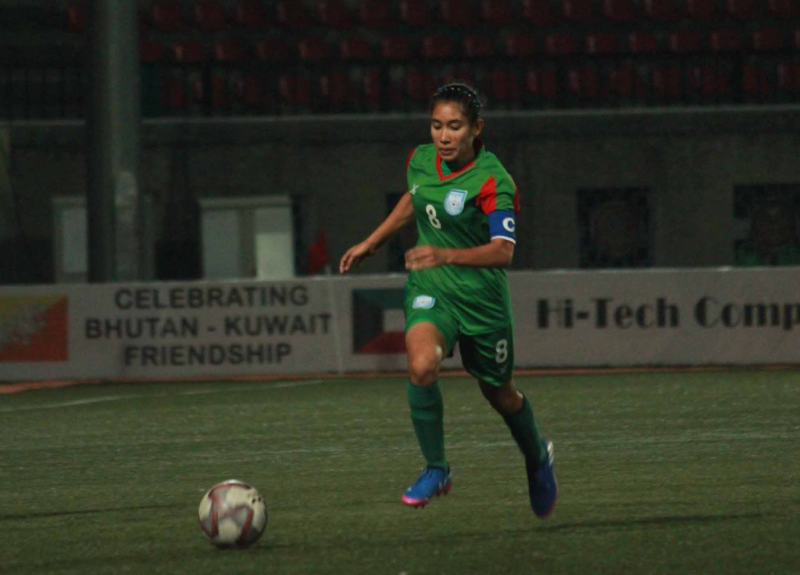 Oct 02, 2018
Facebook Twitter Instagram Mail
Thimpu: After the mammoth 17-0 victory against Pakistan, Bangladesh U18 girls are pumped up to face Nepal in the last group stage match of SAFF U18 Women’s Championship 2018 in Bhutan. Bangladesh coach Golam Rabbani Choton said they are expecting a tough fight against Nepal as the side also defeated Pakistan on a big margin. The coach confirmed that there’s no injury concern in the team and all the players are excited to take on Nepal. “We are expecting a tough fight but hope to win the match,” Choton pointed out. As both the teams have already confirmed Semifinal spots, while asked about any possible changes in the squad, Choton said, “All the girls are fit. We haven’t fixed the starting line-up yet.” The match which will start at 7pm(BDST), will be telecast live in BFF Website and mycujoo tv.
Previous PostSAFF: Shopna, Krishna set up 2-1 win against Nepal
Next PostBangamata U19 Women’s Int’l Gold Cup: Inception of a new odyssey