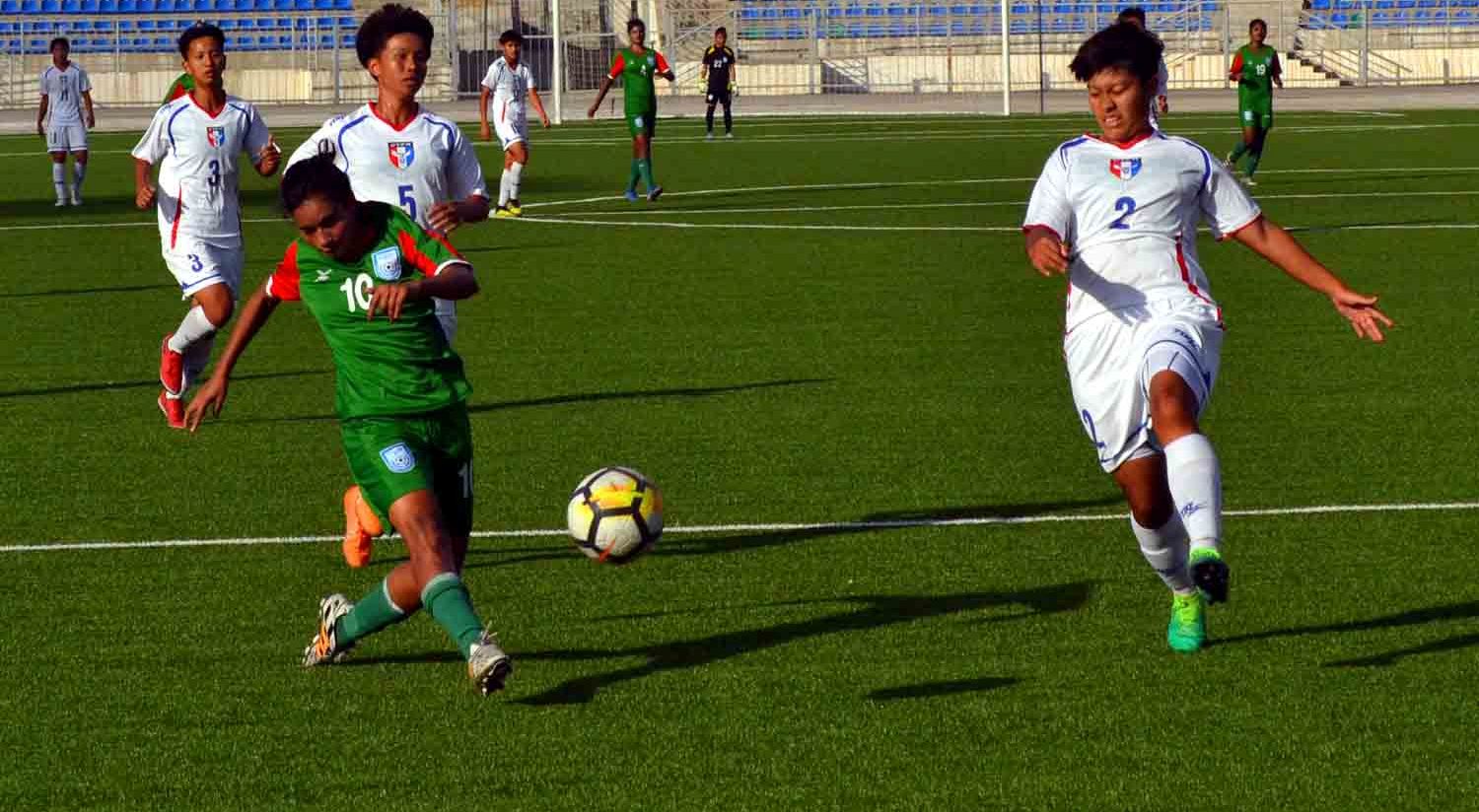 Oct 26, 2018
Facebook Twitter Instagram Mail
Dushanbe: Bangladesh U19 women’s national team fought hard but eventually succumbed to a 2-0 defeat at the hands of Chinese Taipei in their second match of the ongoing AFC U19 Women’s Championship 2019 qualifiers in Dushanbe, Tajikistan. The Red and Greens played good football right from the 3:00pm (BDST) kick-off at the Pamir Stadium on Friday afternoon. However, two goals on either side of the break handed the Bengal girls their second consecutive defeat. Lin Hsin-Hui broke Bangladesh’s defence only a minute before half time whereas Chen Hsiu-Wen doubled the lead for her team in the 51st minute. Still, the Bengal girls dug deep to find a way into the game but in vain. Sitting two goals to the good, Chinese Taipei were happy to defend and keep the Bangladeshi forwards at bay. Bangladesh will play their third and final group game against hosts Tajikistan on October 28, Sunday at 6:00pm (BDST).
Previous PostU19 girls strive to continue upward graph
Next PostBangamata U19 Women’s Int’l Gold Cup: Inception of a new odyssey