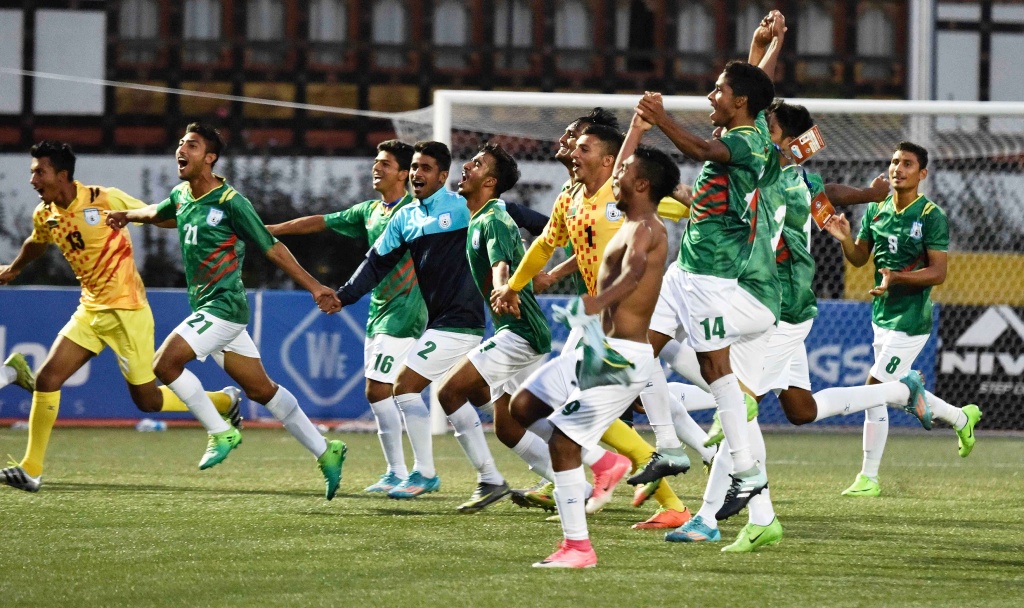 Dhaka, January 2: New year brings new ray of hope into the football arena of Bangladesh. Success in men’s football was somewhat limited till 2017. However, the male footballers, specially the age-level teams, displayed some scintillating performances in the past year giving the nation some reasons to believe that good days of football are not that far ahead.

Bangladesh U-16 team had a decent year in 2017 with some fantastic performances. Most of the talking point for the team came for their valiant efforts in the SAFF U-15 Championship and AFC U-16 Championship 2018 qualifiers.

The team went to Nepal to take part in the SAFF U-15 Championship back in August. Inspired by the performance of Foysal Ahmed Fahim, Bangladesh went on to earn the third place in the tournament with the wins against Sri Lanka and Bhutan. The only defeat in the tournament came in the Semi final against Nepal. Fahim bagged the golden boot award with 7 goals from 4 matches including a hat-trick to his name.

Bangladesh U-16 team then went to Doha for AFC U-16 Championship 2018 qualifiers back in September. This tournament also witnessed the magical performance of Fahim which led Bangladesh to earn a 2-0 victory against Qatar in the last group game. The overall performance of the team was very promising against Yemen in the first match which unluckily ended in a defeat. Upon arriving in the country after the team ended their run in the tournament, coach Mostofa Anowar Parvez praised the team’s effort and also was very pleased to see the team earning a victory against Qatar.

The year saw the U-16 team performing with a lot of heart and desire while bringing out the best of footballers in the division. Fahim with his amazing performances throughout both the tournaments is the prime example that the U-16 division is in the right track to bring out the best talents for future.

Bangladesh U-18 Men’s National football team had a wonderful run in 2017 with their praise worthy performances throughout the year. The last of their fantastic performances came in the AFC U-19 Championship Qualifiers. Their performance in the SAFF U-18 Championship was also notable. The team ended the run of two tournaments grabbing 5 wins and 1 draw from 8 matches, with 2 defeats among them.

Among the two tournaments, first on the serial was the SAFF U-18 Championship which took place in Bhutan back in September. The other tournament was AFC U-19 Championship in October.

Bangladesh started their run in SAFF U-18 Championship with arguably one of the finest comebacks in their history to triumph over India where Bangladesh came back from a 3-goal deficit at the break and won the match by scoring 4 goals in the second half. Bangladesh then went on to win against Maldives and Bhutan while suffering a defeat in the hands of the eventual champions Nepal.

Although Bangladesh did not qualify for the 2018 AFC U-19 Championship nor did they win the SAFF U-18 championship, they showed some amazing performances and a much better brand of football than any recent times. The year also saw the rise of a potential star named Jafar Iqbal.

Bangladesh U-23 team had a relatively quite year when bringing the other divisions in consideration. The only major tournament they took part in the year of 2017 is AFC U-23 Championship Qualifiers. Apart from the tournament the team took part in some friendly matches.

The U-23 team took part in the AFC U-23 Championship Qualifiers back in July. They had a tough task of playing against some of the heavyweights of Asia during the tournament. The journey to achieve the right to play in the AFC U-23 championship started with the match against Jordan in Palestine. The team had a tough time playing the game to their full potential as they were silenced by Jordan with a defeat. Bangladesh failed to win the matches against Tajikistan and Palestine also in the other two matches. Although the team failed to get any result from the either of the matches, the experience earned from the matches were the positives.

Despite the fact that Bangladesh failed to justify their capabilities and impress the newly appointed head coach Andrew Ord, the players and the other officials had a campaign to earn the experience of travelling and taking part in a tournament held in the war-torn Palestine for the first time. 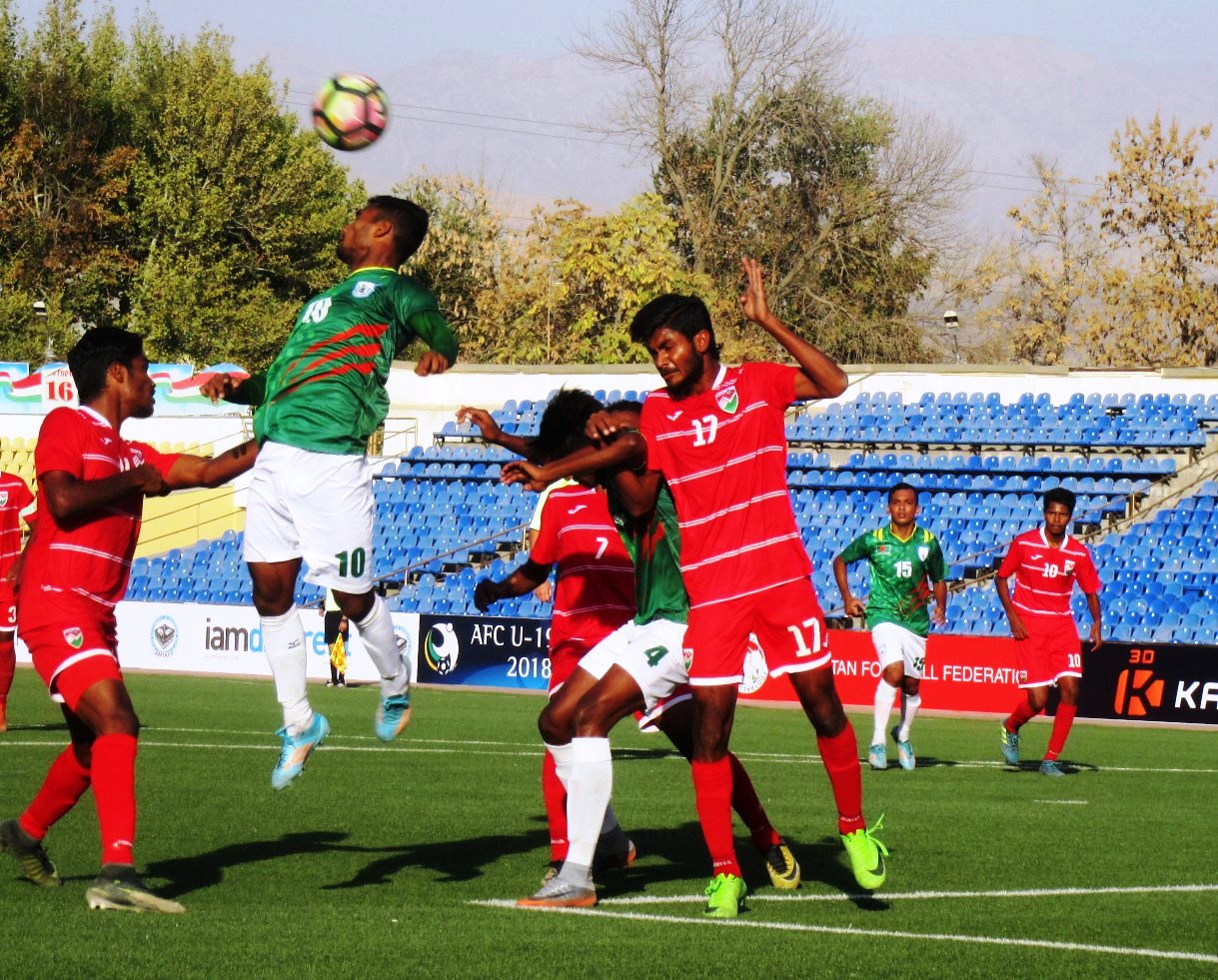 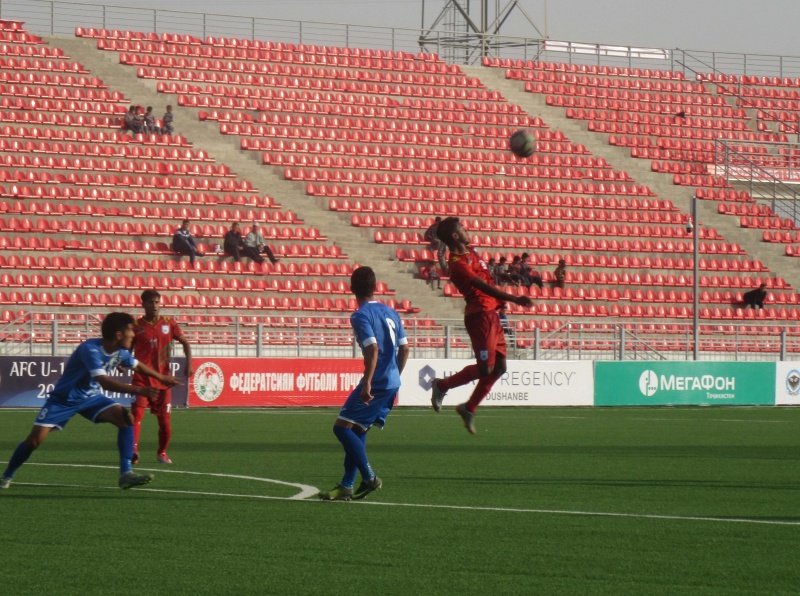 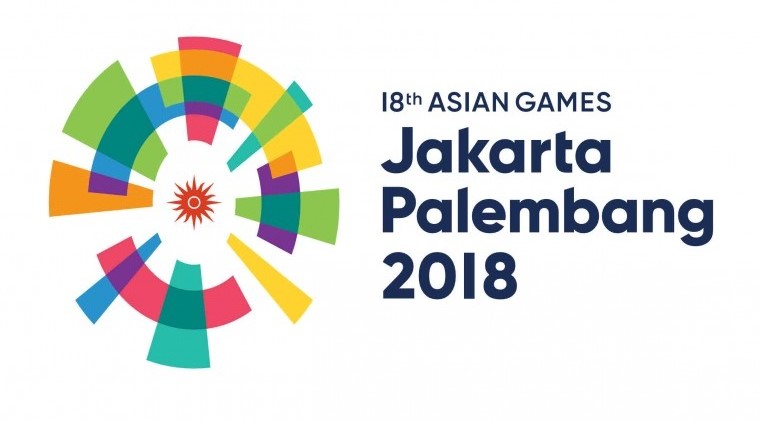 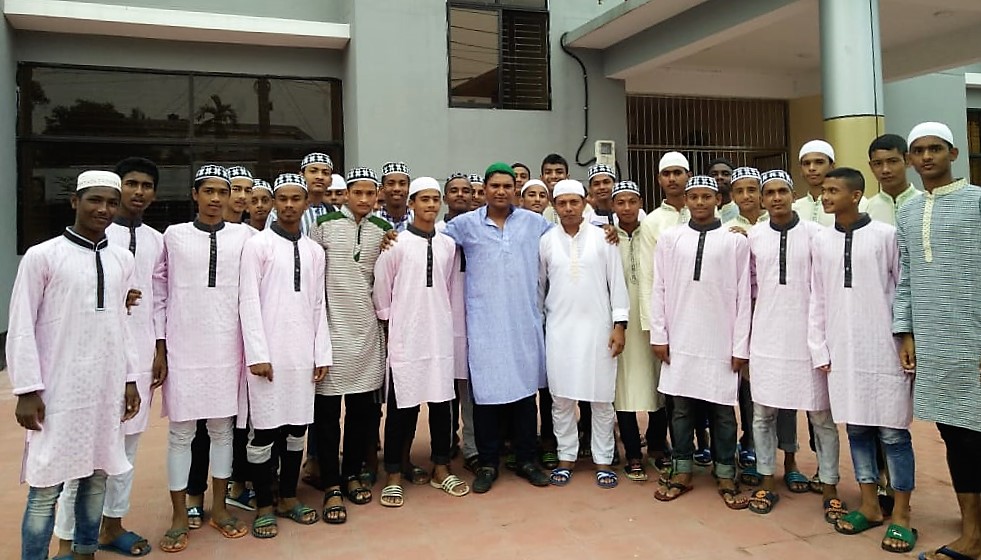 Nilphamari: The U15 boys chosen for the 3 month residency programme ahead of the SAFF U15...