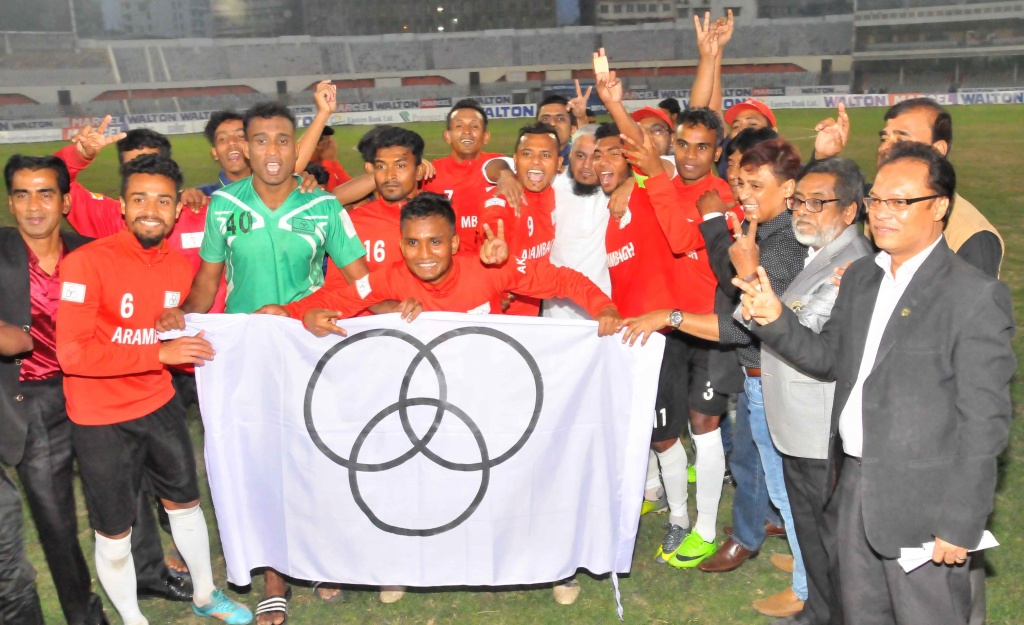 Old Dhaka’s Arambagh Krira Sangha is now the reigning champions of Independence Cup after beating Chittagong Abahoni 2-0 in the final match of the WALTON Independence Cup 2018 on February 10.

It may be all cheerful and joyous in the Arambagh camp now but that has not always been the case.

Founded in 1958, the Old Dhaka outfit found it hard to turn itself into a ‘big’ name in the top tier football of Bangladesh.

This inability to assert themselves on the big stages is also visible in their trophy cabinet.

The club did win some silverware on and off but could never manage a major trophy of Bangladesh football.

In 2012-13, the club experienced one of its lowest points when it was relegated from the Bangladesh Premier League.

However, since their return to the top flight of Bangladesh football, their performance graph only shows upward movement.

In the latest edition of the Premier League, Arambagh finished 8th with only one point less than Brothers who finished 7th.

Then the draw of the Independence Cup did not show much hope for the improving Old Dhaka outfit.

Arambagh were drawn into the same group with defending champions Ctg Abahoni and Saif Sporting, the newest footballing powerhouse of Dhaka.

However, Arambagh held Saif 0-0 in the first match of Group D and made it clear to everyone that they would not be a pushover.

In the second game, they drew 1-1 with Chittagong Abahoni and confirmed a quarter final berth at the expense of Saif Sporting.

Before the match, all the odds were against Arambagh as the had to jump over the biggest hurdle yet in the shape of reigning Bangladesh Premier League champions Abahani Ltd. Dhaka.

To everyone’s surprise, Maruful Haque’s men thrashed the Dhaka giants 3-0 and booked a place in the semi-finals with Sheikh Jamal.

In the semis, an apprehensive Sheikh Jamal went down 1-0 to a spirited Arambagh side who had, by then, set their sight on the biggest prize.

In the final, Arambagh squared off against their group opponents Chittagong Abahoni.

The port city outfit were the defending champions of the tournament and were confident of retaining their title.

However, Sufil and company had other plans in their mind.

Straight from the kick-off, Maruful’s men gave the sky blues no time to settle.

The boys in red started tormenting the defence of the Chittagong Abahoni and took a 2-0 lead into the dressing room at half time.

Abahoni could not fathom what had hit them.

Coach Zulfikar Mahmud Mintu’s men tried their best to come back into the game but Arambagh’s young blood and determination was too much for them to handle.

As no goals were scored in the second half, Arambagh players and supporters were finally able to celebrate the first major trophy in the club’s 60-year history.

Arambagh now look forward to continuing this rich vein of form and cement their position among the elites of Bangladesh football. 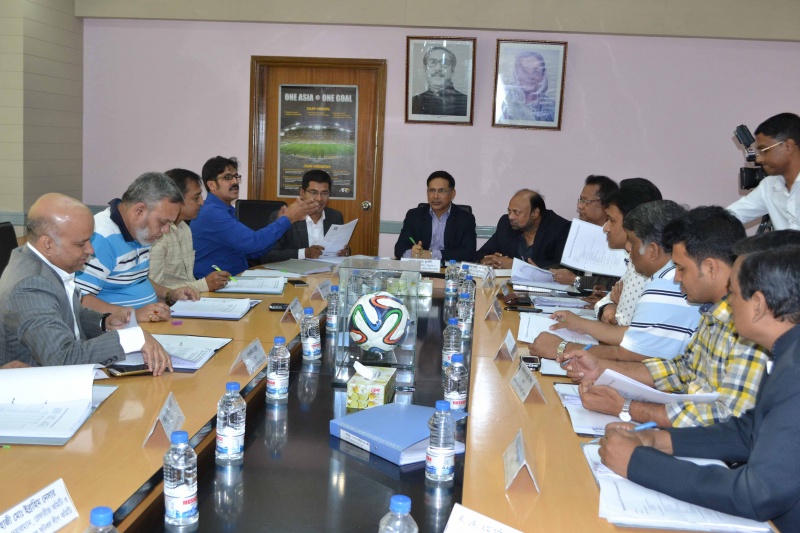 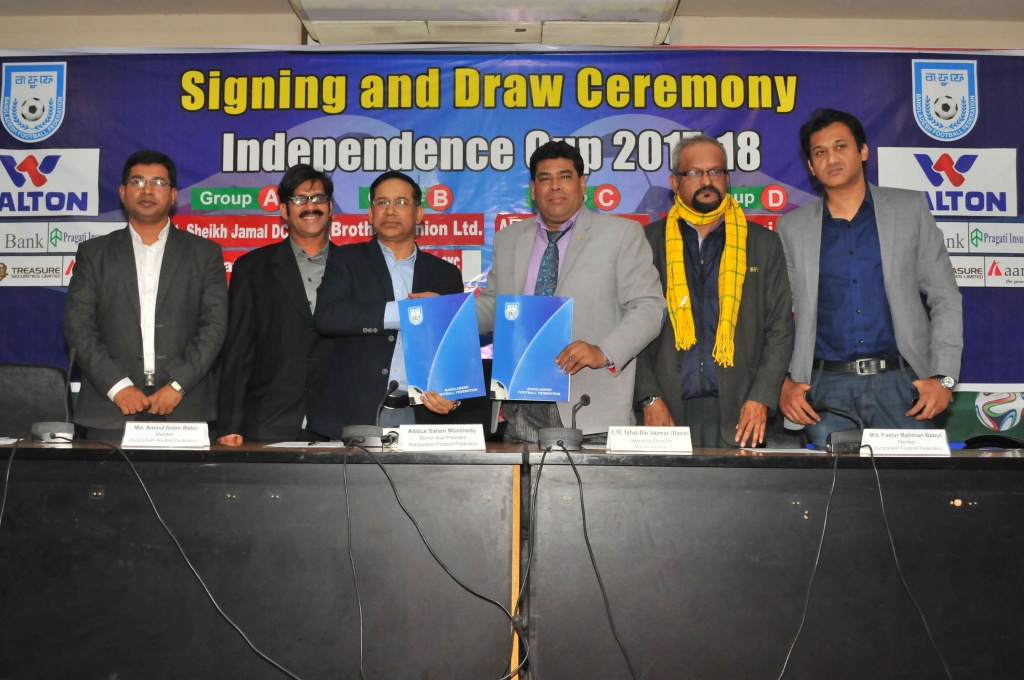 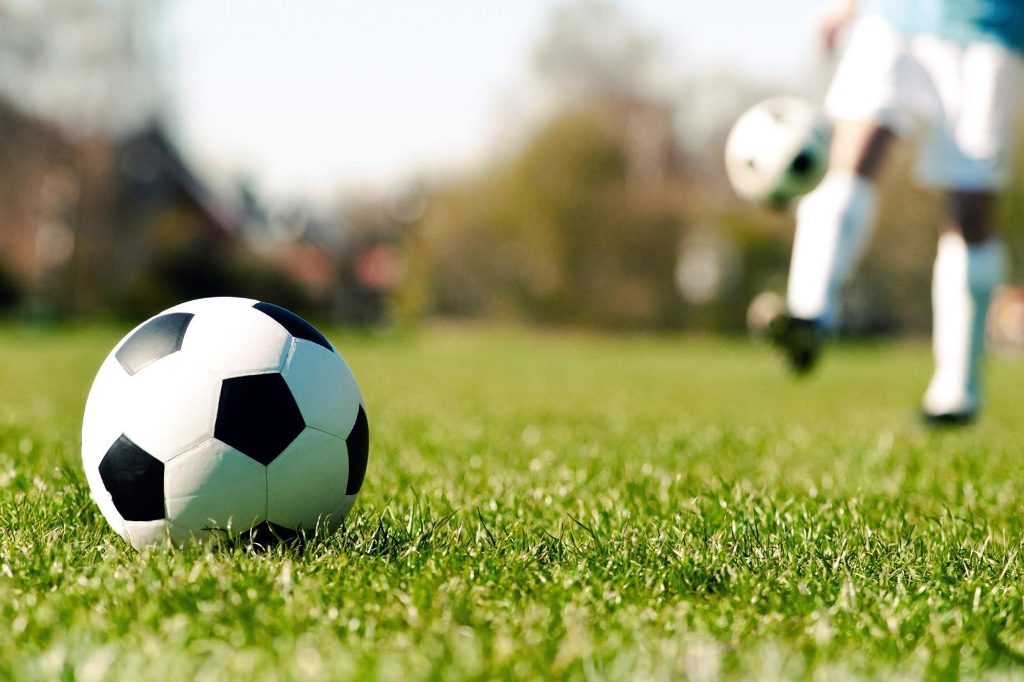 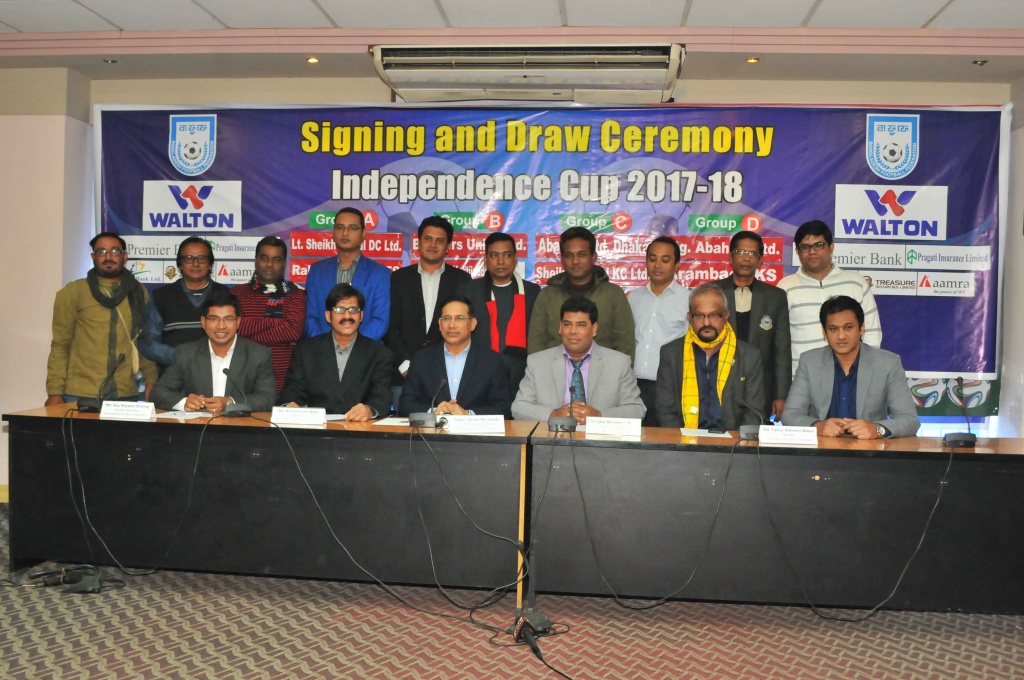