Chonburi, September 14: Bangladesh U16 girls fought gallantly despite the 3-0 defeat against Asian powerhouse and last edition’s runners-up Japan in the ‘AFC U-16 Women’s Football Championship’ at the Physical Training Institute in Chonburi, Thailand on Thursday.

After the demoralizing 9-0 drubbing against defending champions North Korea in the first match, the girls learned from experience and defended well and committed fewer mistakes against their superior opponents.

Goalkeeper Mahmuda, the first choice of the selectors, played her role immensely well as the red and greens were saved by her in a number of occasions. 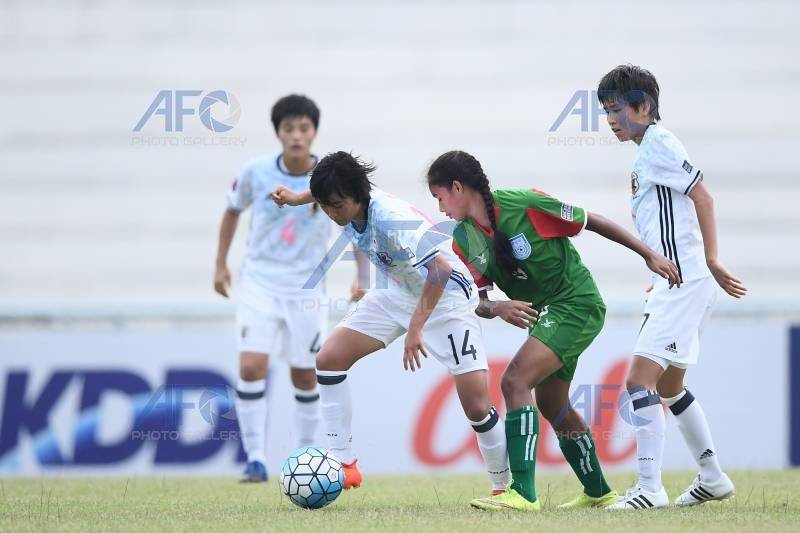 Japan went up ahead in the 11th minute of the match after defender Sheuli Azim’s hard tackle at the top of the box awarded Japan a free kick and she got a yellow card. Forward Tomoko Tanaka put her team ahead from a close range.

Bangladesh came close to a goal in the 17th minute, however Akhi Khatun’s head on a curving corner from Sanjida was cleared by the Japanese defenders.

Japanese midfielder Moe Nakae’s amazing footwork was too much for the Bangladesh defence in the 31st minute as she managed another goal. 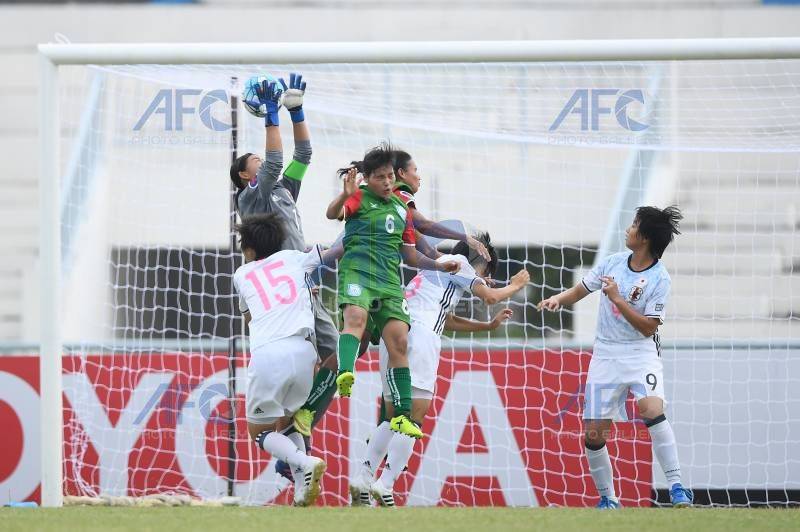 The second half saw Bangladesh put more concentration upon defending and the Japanese forwards failing to add more bite in their efforts.

At the end of the match, head coach Golam Rabbani Choton shed some light on his team’s performance in the second match of the competition. “The girls gave the best efforts today and I am happy. They made some mistakes in the first match, but they covered them this time.”

He added that the girls had some good chances and the result might have been much more satisfactory if they had managed to score. “They’ll do better next time.”

Bangladesh faces Australia in their last group match on Sunday next. 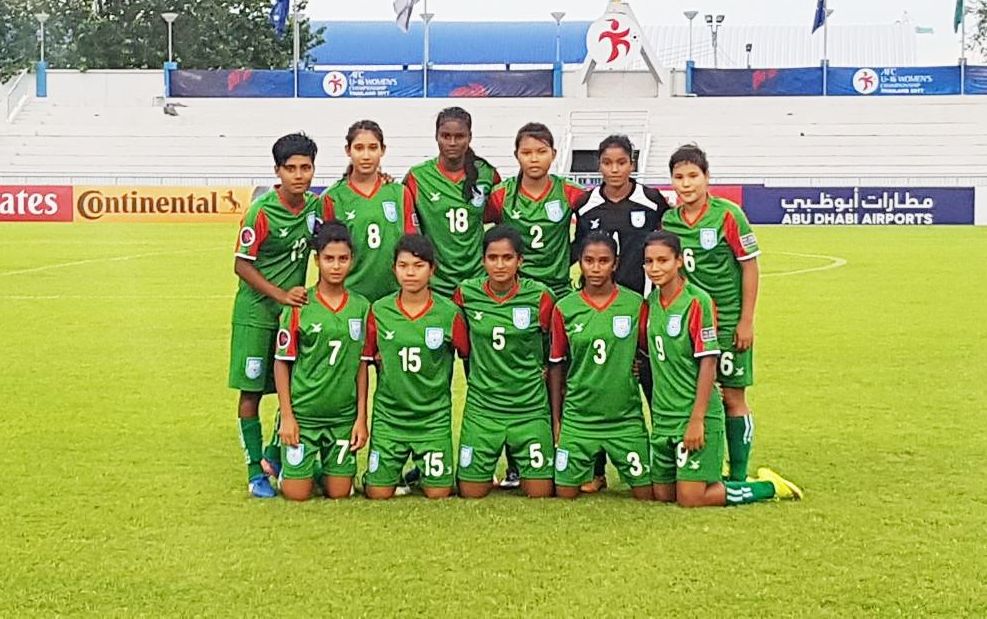