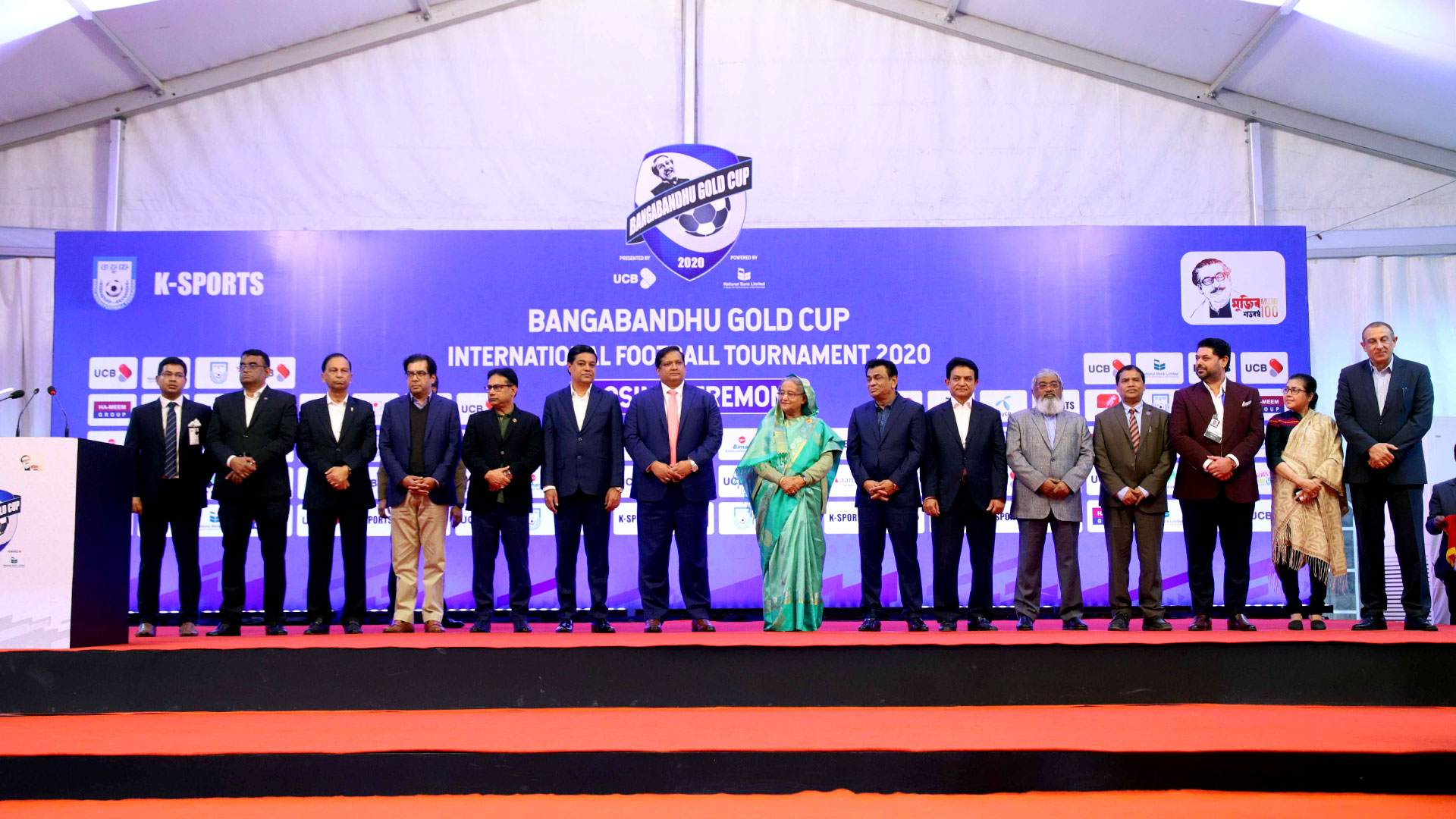 Palestine retained their title of Bangabandhu Gold Cup Football Tournament beating Burundi by 3-1 goals in the final of the 6th edition of the meet. This year, six teams -- split into two groups -- took part in the meet held from January 15 to 25 at the country’s premier sports venue -- Bangabandhu National Stadium (BNS) here. Hosts Bangladesh were put in tough Group A along with Palestine and Sri Lanka while The Group B team comprises, three African countries --Burundi, Mauritius and Seychelles. In the latest FIFA rankings, Palestine are in 106th slot, Burundi are 151st, Mauritius are 172nd, Seychelles 200th, Sri Lanka 205th and hosts Bangladesh are in 187th.

Prime Minister Sheikh Hasina distributed the prizes among the winners and runners-up teams as chief guest in the final match and prize giving ceremony on January 25. She thanked to the tournament organizer committee for arranging the soccer meet on the eve of Mujib Barsha. She also greeted the champions, runners-up and all the participating teams. State Minister for Youth and Sports Zahid Ahsan Russell MP, President of Bangladesh Football Federation (BFF) Kazi Md Salahuddin and other distinguished personalities were also present on the occasion.

The Champions Palestine were rewarded by USD 30,000 and runners-up Burundi got USD 20,000. Burundi forward Nshimirimana Jospin, who scored the seven goals in the meet including two hat-tricks, won both the Golden Boot as the top goal scorer and Golden Ball as the most valuable player.

The West Asian team Palestine for the second time emerged as the unbeaten champions of the meet. They reached in the final beating lowly Seychelles by 1-0 goal in the first semifinal and beat both Bangladesh and Sri Lanka by the same 2-0 goals margin in the Group A games. Palestine emerged the unbeaten champions in the last edition of the meet in 2018 beating Tajikistan by 4-3 goals in the tie-breaker.  On their way to final, the West Asian nation beat Tajikistan by 2-0 goals and Nepal by 1-0 goal in the group stage. They maintained their winning streak beating hosts Bangladesh by 2-0 goals in the semifinal.

The other finalists Burundi, who took part in the Bangabandhu Gold Cup for the first time, beat hosts Bangladesh by 3-0 goal in the second semifinal. The East African team also emerged as group champions crushing Mauritius by 4-1 goals and Seychelles by 3-1 goals in their Group B matches.

In the day’s final, Palestine scored three early goals in the first half.  Forward Salem opened account from inside the box utilizing a short pass from the playmaker Mohamed Darwish in the 3rd minute (1-0). Just after six minutes, Captain Maraaba doubled the margin in a second chance after Burundi Goalkeeper Ndizeye Fales denied a direct corner kick by Mohmoud Abu Warda in the 10th minute (2-0). In the 26th minute, forward Kharoub sealed the fate of the game converting the goal correctly while his teammate Salem missed the first chance, off a pass from Darwish (3-0). In the 60th minute, defender Ndikumana Asman reduced the margin for Burundi scoring from inside the box, off a pass from another defender Ngabonziza Blanchard.

Bangabandhu International Gold Cup Football, is one the prestigious soccer meets organized by Bangladesh Football Federation (BFF) from 1996. The federation is paying tributes to the Father of the Nation Bangabandhu Sheikh Mujibur Rahman through the tournament. This year, BFF and K-SPORTS have jointly organized the meet. The tournament was scheduled to start in November 2019, but it was deferred till January 2020 as the Ministry for Youth and Sports and the BFF decided to start Mujib Borsho program through an international tournament. Prime Minister Sheikh Hasina announced “Mujib Borsho” from March 17, 2020 to March 17, 2021, which will be observed by the state gorgeously through a series of programs including lots of local and international sports meet. The countdown to the year-long celebration of Bangabandhu’s birth centenary began on January 10, the home coming of Bangabandhu from Pakistan in 1972 while the Bangabandhu Gold Cup kicked-off on January 15, just five days after start of centenary program.

Finance Minister AHM Mustafa Kamal said, “The Father of the Nation Bangabandhu is immortal. He is forever luminous on the canvas of eternity in Bangladesh. We are going to organize different sports and cultural events to mark his 100th birth anniversary. These events will also spread the authentic history of our Father of the Nation and the Liberation War.”

The ceremonial draw also featured a video clip on Bangladesh football since the independence and acrobatic dance by Russian and Croatian girls presenting the tournament logo, flags on BFF, Bangladesh and participating teams in an entertaining way.

About his visit in Dhaka, Ceaser told to the media, “The situation here remembers me when I was a player. I remember my times playing for Brazil in World Cup. I had opportunity to visit the house of the Father of the Nation. It was very emotional visit. I didn’t know anything before but now I know many things about him and the country. I’m so glad to come here for football and Bangladesh ahead of the Centenary of the Father of the nation.”

“I would like to say thanks the BFF president to giving me opportunity to visit Bangladesh for the first time. Unfortunately I’m staying for only a day, I would love to stay more to understand more about your country,” the former Brazil goalkeeper added.

About Swadhin Bangla Football team, Cesar said, “I had the opportunity to meet the former footballers of Swadhin Bangla Football team. I told them you are real footballers because I can imagine playing football for country at that time during the war not easy. They left real contribution. You need to be very strong to do this. They are still keeping strong. It is good experience for me as I can share this memory with my family, friends, and former footballers.” After finishing his day-long visit, Cesar left Dhaka on Friday at 1 am. 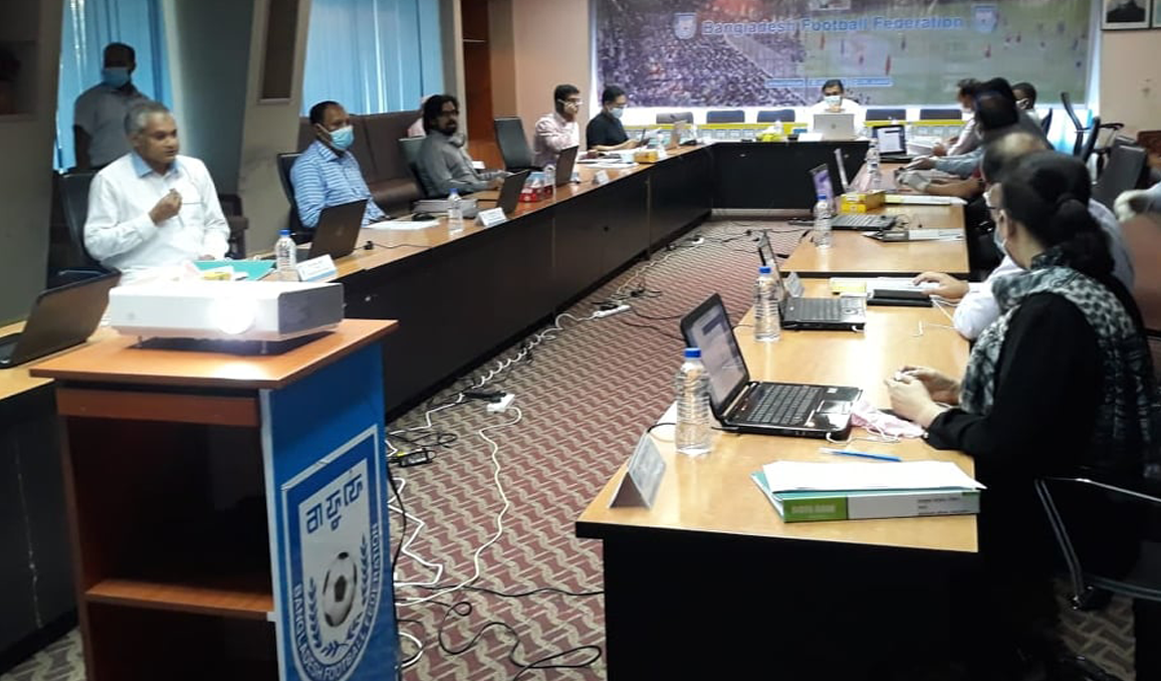 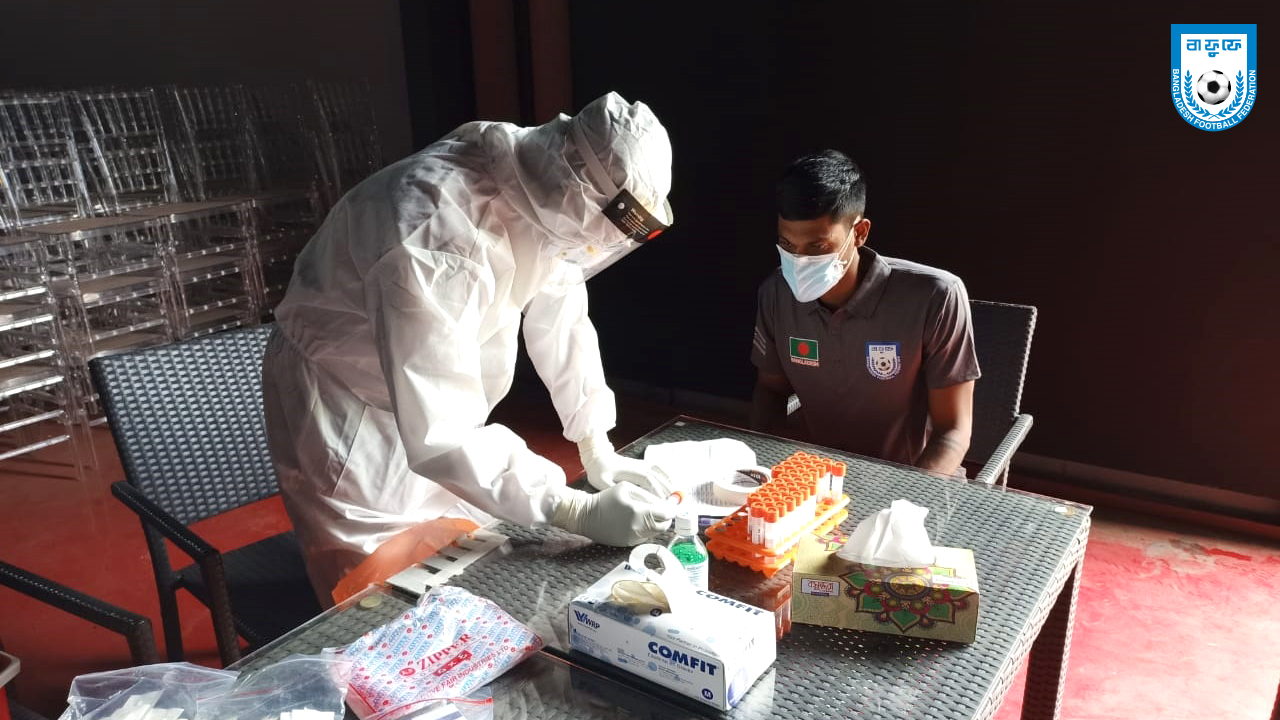 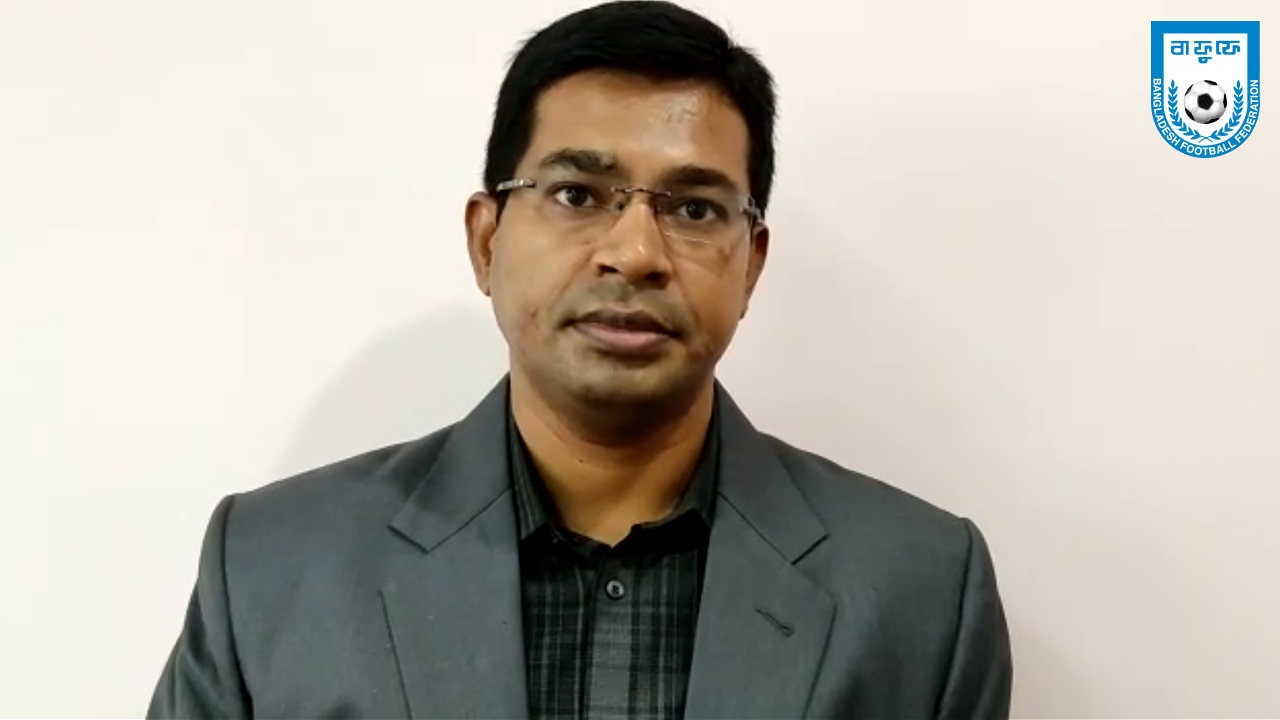