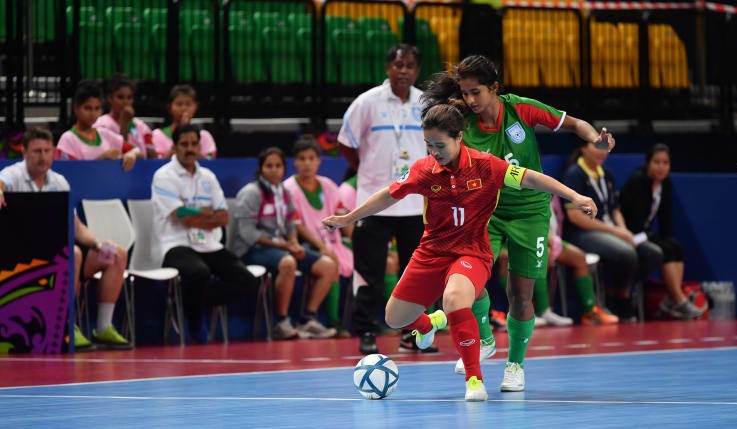 On the other hand, with their second win in Group B, Vietnam have all but secure a place in the quarter finals.

The Southeast Asians – helped by a hat-trick from Do Thi Nguyen, a brace Vo Thi Thuy Trinh and all round quality from Trinh Nguyen Thanh Hang – proved too strong for the futsal newcomers, scoring three goals in the first half before adding four more after the break.

Vietnam took the initiative from the very beginning of the contest, with captain Nguyen Thi Thanh hitting the woodwork with a glancing header in the early moments, and took the lead through Do Thi Nguyen in the third minute.

Exciting goalkeeper Rupna Chakma kept Golam Robbani Chotom’s side in the contest with a string of saves, and successive efforts at goal from Maria, Masura Parvin and Mosammat Shopna added to a growing sense of Bangladeshi momentum.

But two quick goals to Vo Thi Tuy Tranh, the products of slick Vietnamese interplay in the 11th and 12th minutes, gave the scoreboard a more realistic look as Vietnam took a 3-0 lead into half-time.

The second period started with a bang as Bangladesh squandered a golden chance from a 4-on-1 breakaway and were immediately punished by Nguyen Thi Tranh, who made it 4-0 just 35 seconds after the restart.

With an average age of just 16, Bangladesh were game but lacked the futsal nous of their more experienced opponents, who played with poise and patience to regularly create, then exploit gaps in the South Asians’ defence.

That was further emphasised by the fine build-up for Le Thi Thuy Linh’s 24th minute goal, before Do Thi Nguyen doubled her personal tally by placing the ball between the legs of the otherwise impressive Rupna seven minutes later.

Do completed her hat-trick with two minutes remaining, when she volleyed home to make it 7-0 and put the icing on a comprehensive win for Truong Quoc Tuan’s side.

In a post-match interview, Bangladesh Head Coach Golam Robbani Choton said, “Vietnam is a very strong & experienced team. Their game is really fast. Our players also played a good match despite the scoreline; especially Akhi. Masura, Sabina, Rupna, Maria and Monica. We also missed some chances in both halves due to lack of experience. Overall, we fought well against a stronger team like Vietnam. The players are getting a lot of experience and you saw today they did very well in defending. I think our girls always tried to fight.”

Vietnam Head coach Truing Quog Tuan said, “Bangladesh is a fighting team. They have good young players with individual skills. However, they’re still lacking the tactical side and experience. But I think this team have a bright future ahead.”

Bangladesh will square off against Chinese Taipei in their last group match on Sunday. 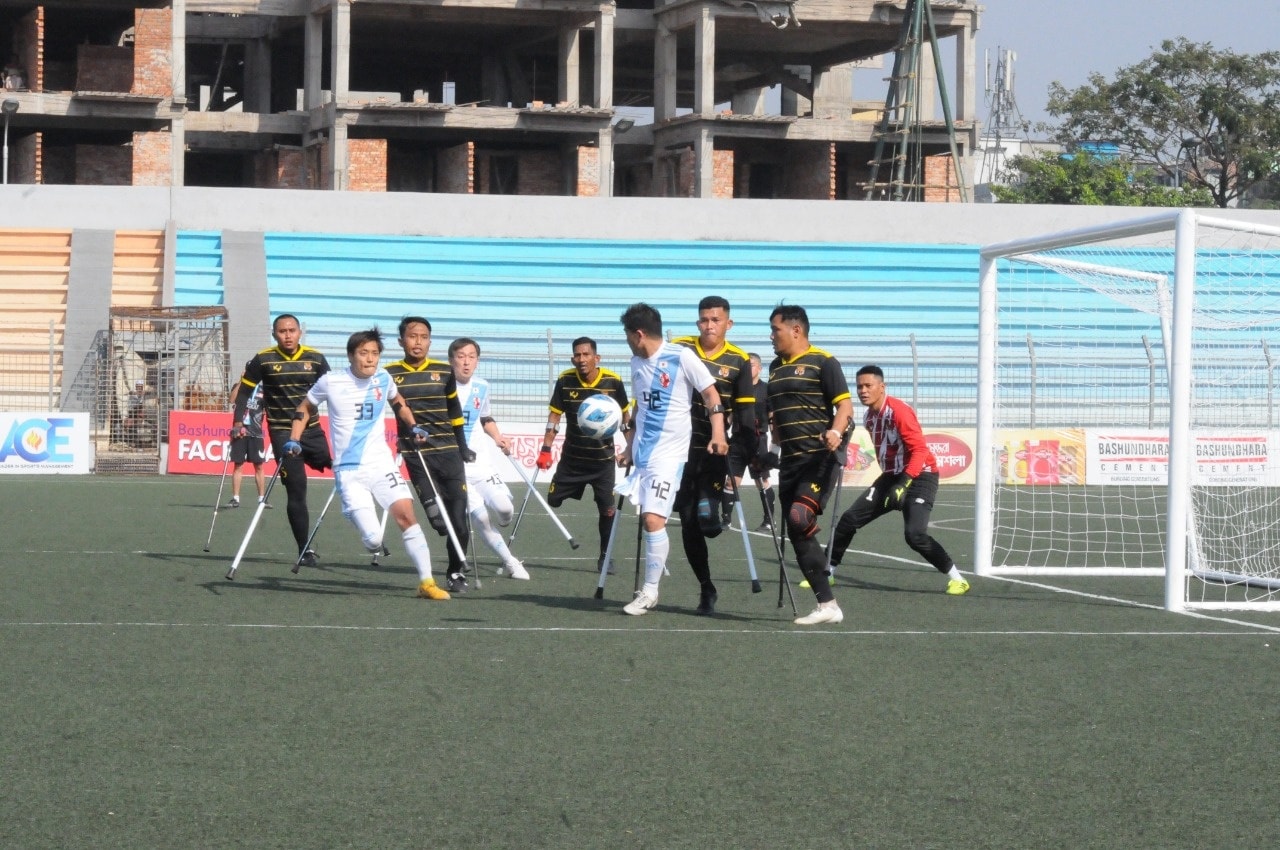 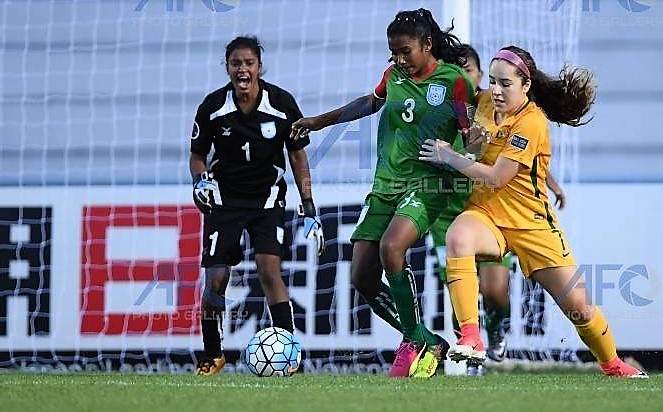 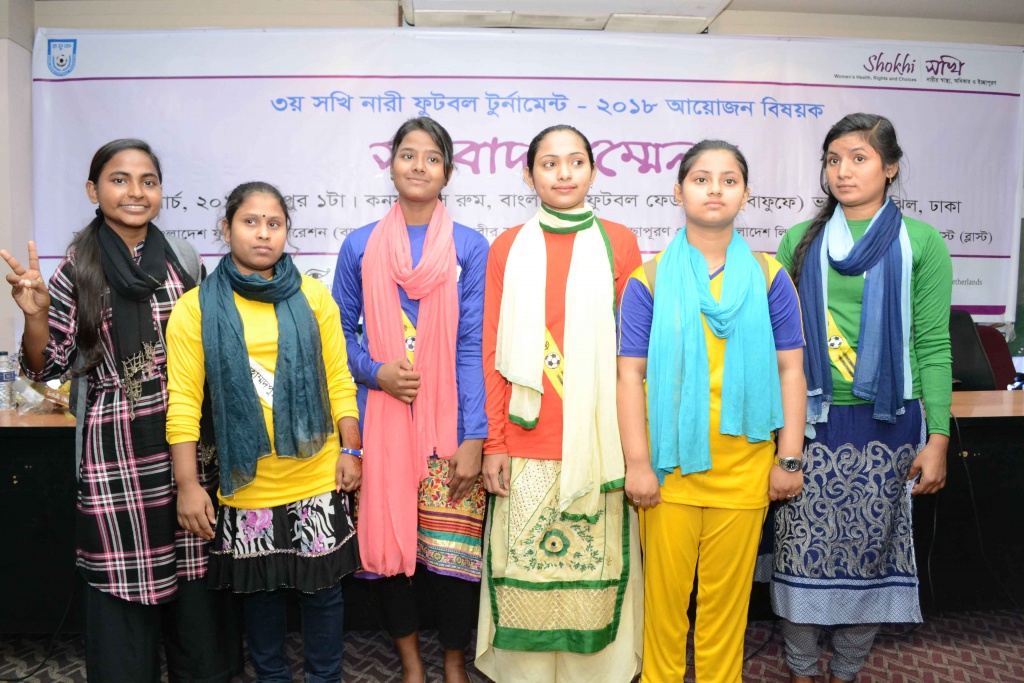